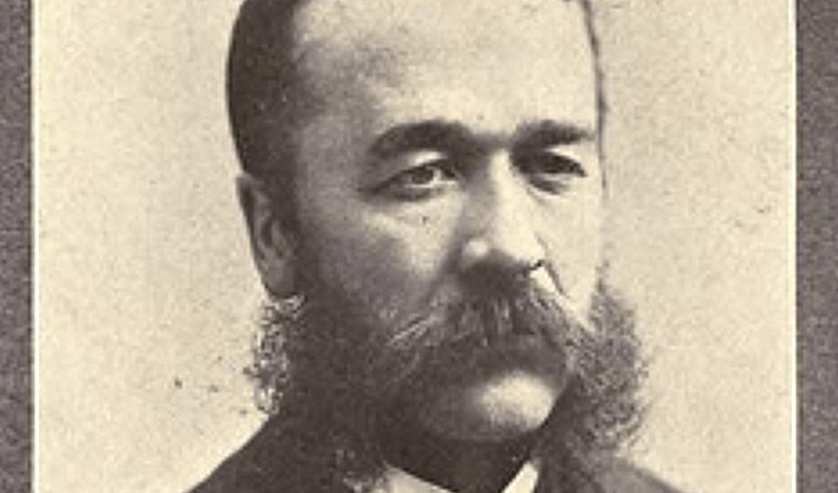 Peeler’s design still needed considerable development to make it a viable business proposition. Charles Burdick and Liberty Walkup were willing to invest in the idea and paid $700 dollars for the initial design followed by another $150 for two updated prototypes.

Peeler signed over the invention to them in April 1882 and by August they were able to sell 63 of the paint distributors at a Photography convention in Indianapolis. The next 3 years saw the formation of the “Airbrush Manufacturing Company” and the development of a true business that would distribute worldwide.

Peeler came up with the concept but it was Liberty Walkup who took up the idea and made it work. Not only as a functional art instrument but of course as a business idea to success. His brother Charles appears to have had an early interest but this was purely financial.

Liberty had a varied background as a schoolteacher and Bible salesman amongst other things but he seemed to find his focus in the “Airbrush” as he was to name it. His Nickel Plate works was followed by a manufacturing company which in turn became the “Airbrush Manufacturing Company” of Rockford Illinois in 1883.Together with his wife Phoebe who was an accomplished watercolor artist, Liberty set about proclaiming the advantages of the new Airbrush, most notably in terms of speed of rendering. As a result when the company was formed $35,000 of stock was raised in the first half an hour and all $50,000 by the second day! With this level of business support Liberty Walkup was able to seriously start developing and marketing the Airbrush.

the name “Airbrush” was officially born.

By 1885 Airbrush production was in full swing and Liberty Walkup was able to start marketing and selling his new and much refined single trigger design. Phoebe Walkup had great success with an acclaimed portrait exhibition at the 1884 World Exposition in New Orleans and this had been an excellent springboard from which to publicize the Company. Small classes were set up to teach people how to use this new art tool but demand would become so great that within three years the ”Illinois Art School” would be formed to accommodate all the interested students. 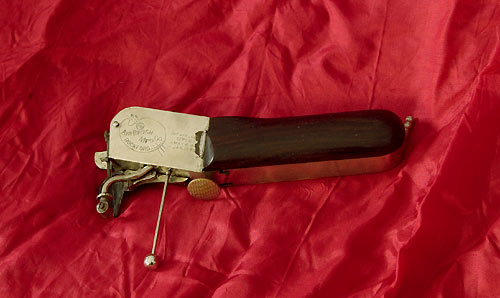 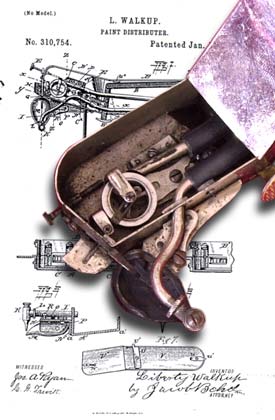 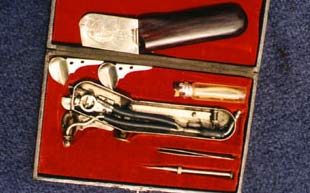 Patented in January 1885, the production model Airbrush came in a smart black case complete with spare needles in a glass jar and a toolkit comprising of a screwdriver and tweezers. The two spare paint spoons at the top of the box were spare parts that could be ordered separately from a parts catalogue. Mass production techniques were employed so each airbrush carried an individual number on the reverse of the handle to identify it. 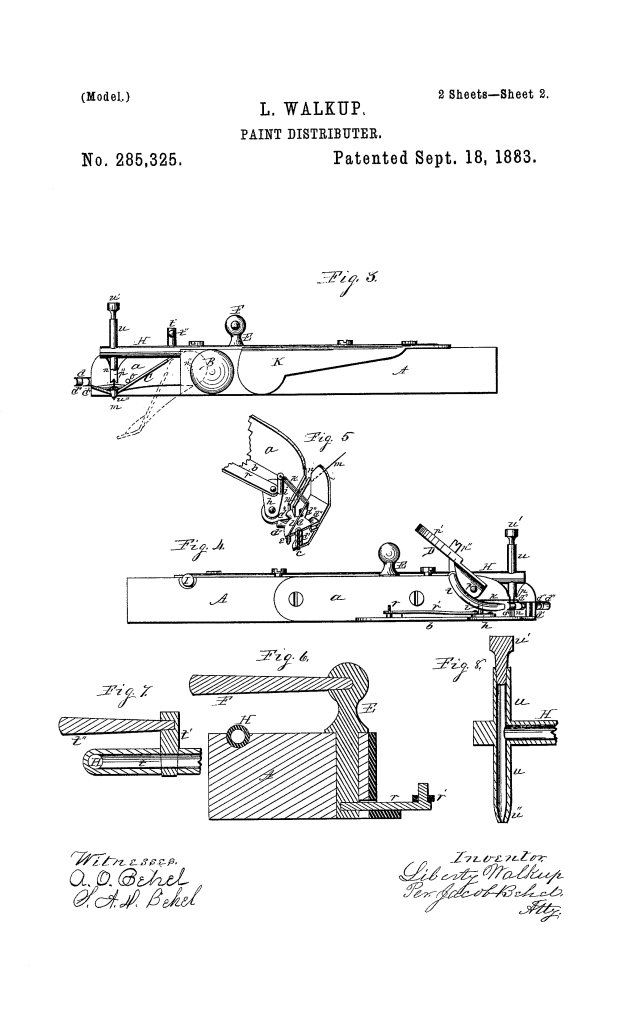 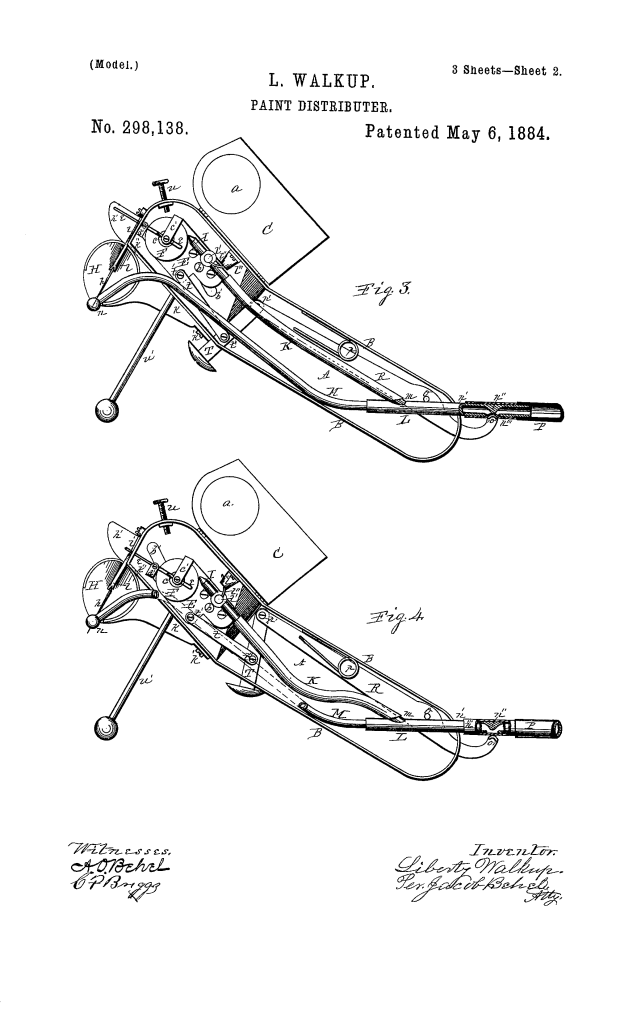 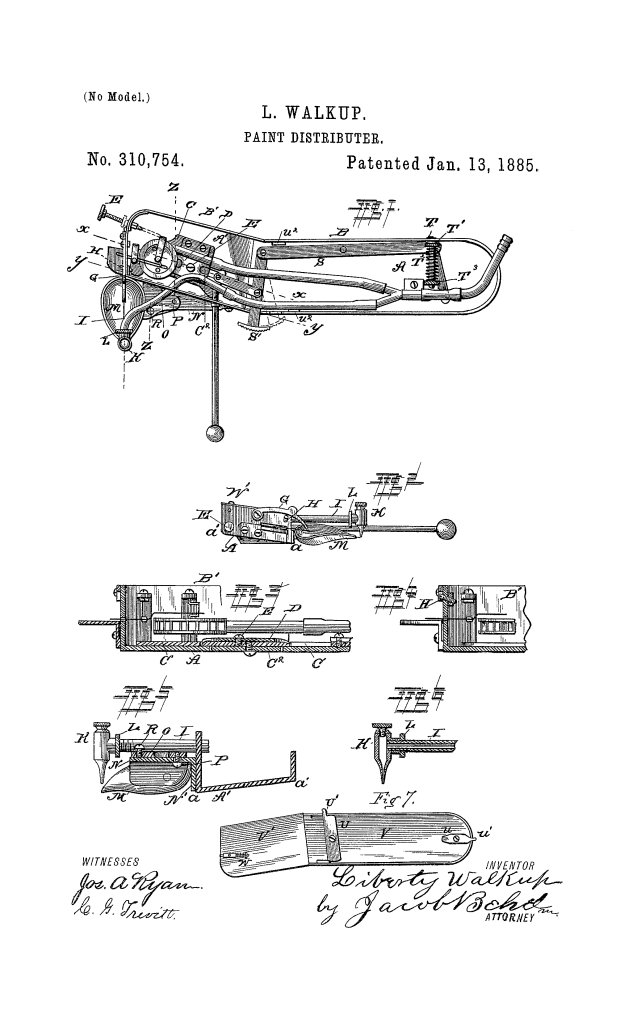 The complete working kit including a pump and air tank would cost the purchaser $40 although a 6% discount was available for C.O.D. orders. This price soon rose to $50 as sales rose via offices in New York, Philadelphia and Chicago.