Street Art Airbrush from Per Corell 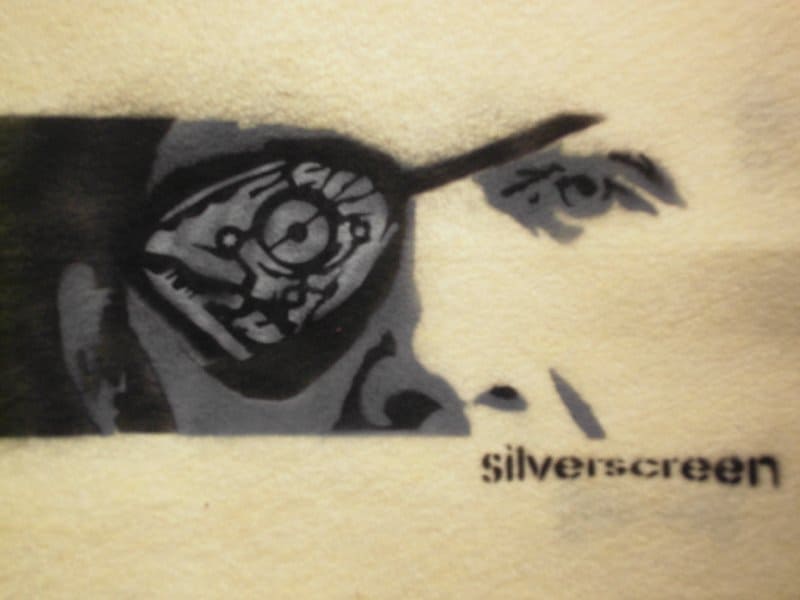 Not that long ago I received a message from Danish Street Artist name Per Corell who decided to share something with me and readers of my blog. It was a working concept of his Street Airbrush. He gave me a link to YouTube where I could see these videos about building a Street Airbrush (probably the best and cheapest you have ever seen). It is a plain garden-sprayer with a hand pump as a compressor and a cheap, one function airbrush put in instead of the garden-sprayers hose and nozzle. All in all under one hour of work and you can build such system for under $30.

But let’s give a chance to Per to say a few words about himself.

I started with Airbrush back in 1967 where we were a group of artists mainly painters, who had a lazy winters job painting “real” plastic fish we first made mold for in dentist silicon rubber, cast in fiberglass and polyester and when we cast some 36 to 72 fish, we made rubber stencils by using the dentist rubber we used for the molds cut with holes. We had each our series. The airbrushed fish could be put in a box with glass locker, with a bit plastic sea grass and a few stones, so they could show the school kids how a “real fish” looked like.

BTW, I think I’ve been one of the first to make a compressor from an old fridge I bought at a scrapyard and spend day’s to open it by carefully sawing around the outer assemble rim. At first I tried just using it as one of the tubes did produce quite a pressure, but the air became oil fume filled especially when the compressor became hot, so I “opened” it to place a rubber tube on the intake, so the lubricating oil did not go into the air intake. As tanks I used two jettisoned high pressure steel tanks, same type as scuba divers, had then welded together by a steel band and in a hole I drilled, I placed used brass pressure regulator from an oxygen welding set. No auto start and stop, but the entire group borrowed it when they needed a compressor for the Aerograph Super 63 or Fisher CO2, that was the only airbrushes to buy in Denmark in the 60’s.

Here are some of my works. 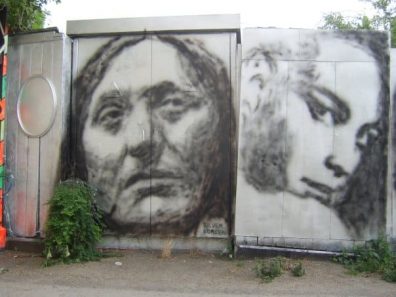 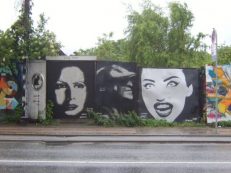 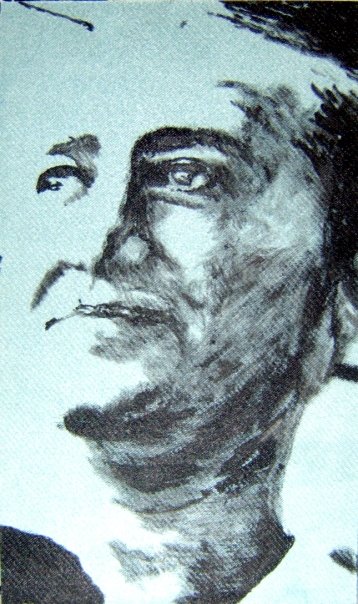 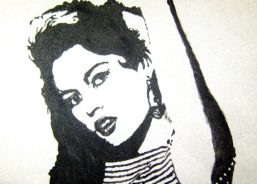 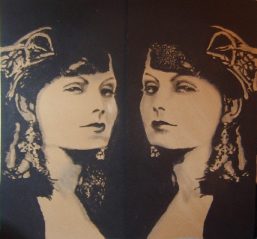 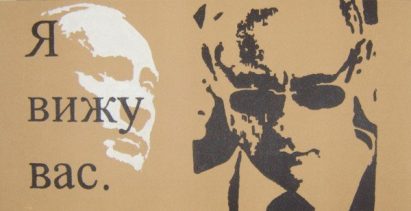 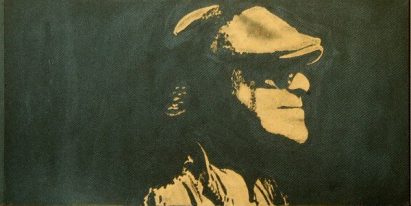 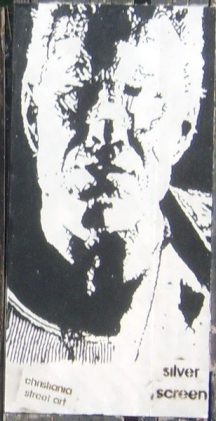 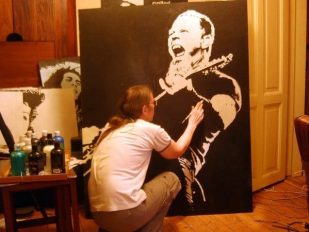 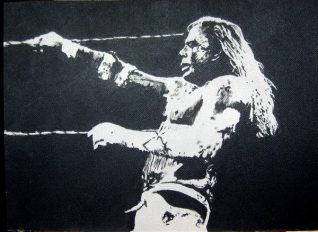 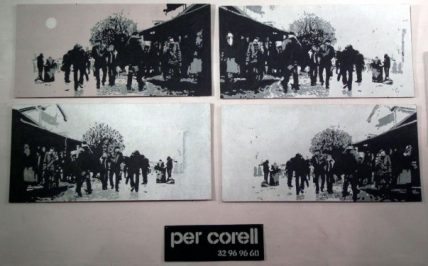 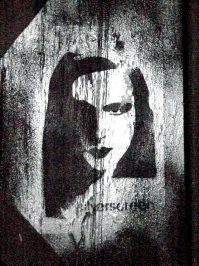 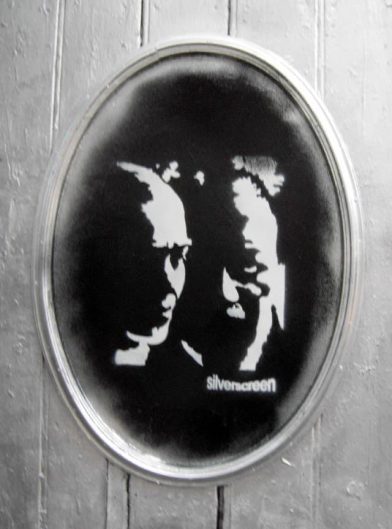 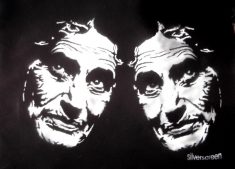 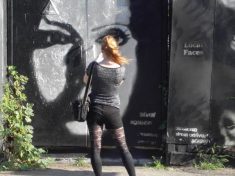 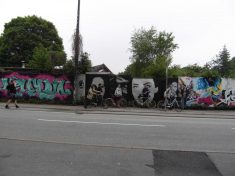 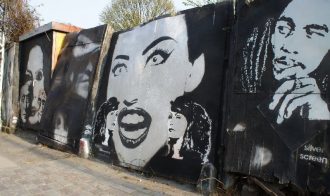 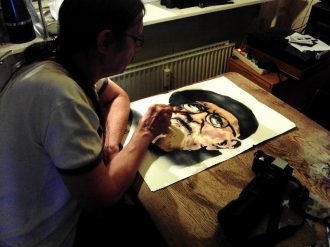 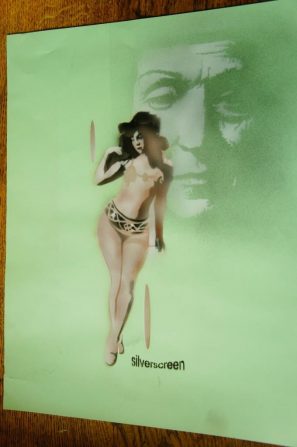 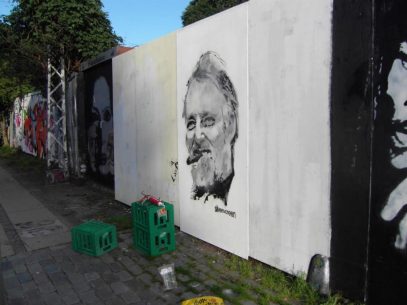 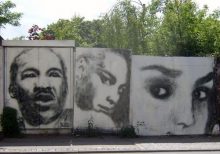 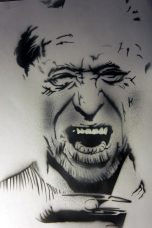 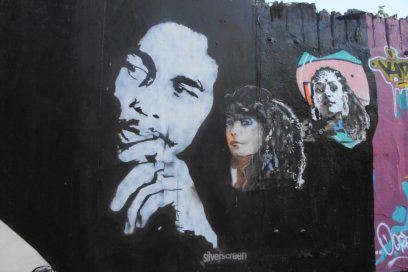 When I again started with airbrush, I found the same two used airbrushes on Ebay (wonder if one of them could be the same as the ones we used back in 67). 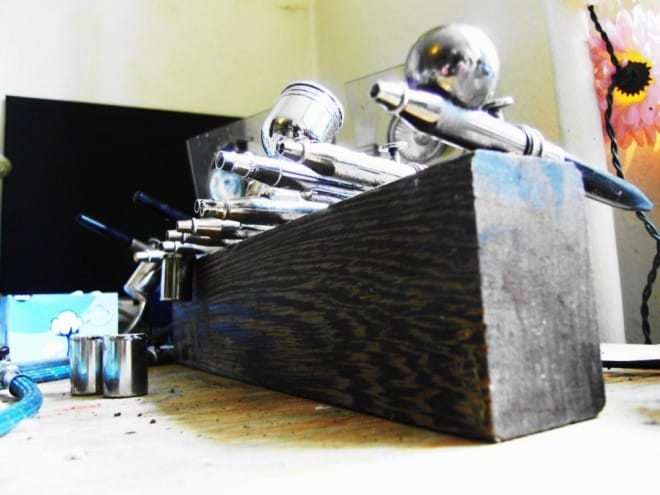 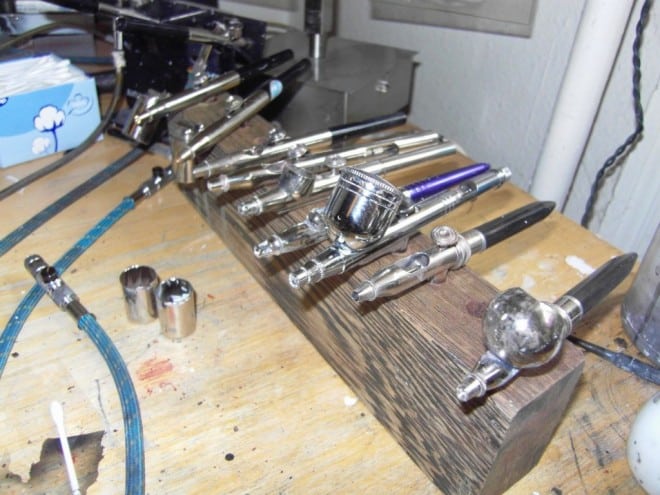 Today I use only quality airbrushes. Efbe, Grafo, H&S, Aeroraph Super 63 and tools like that and I love finding an old tool on Ebay, to restore it with new nozzle and O rings. My style is very different from the traditional skulls and bones. If you look on my Facebook images a lot of what you see there as smaller paintings on canvas, is also painted in huge size as Street Art. Some 4 years ago I cooperated with the German Street Art master Seak and we made a piece that the local still today call “our little mermaid“. You will find a woman holding hand weights in over size that is the one.

I am even self-thought within architecture where I was long ago invited to use the architect academy even I was not registered as a student. After 4 years there I won a fourth price in a huge architect contest with 3 other students, and continued up the latter with 5 professional projects at “The National workshops for art” — couldn’t reach higher ;))

There I am now waiting for approval to get workspace, for the 6th project totally different from the 5 others, a Street Art Decor, for a housing company who seen my pieces at the site you will find under images in my Facebook images folder. I expect the town-hall and the public housing company plus the people living there soon have the finances counted up, so we can see how huge a project it will be. Also I offered the local people who are the ones who suggested me for the job that they can pick the motives they like best, that way everyone will be happy.

I am not young I was born in 1950, and until I moved here, I lived on my houseboat in Copenhagen, “Christianshavns kanal”, for 30 years, working as a jack of all trades, but ended up with a solid reputation within boats-building, architecture and arts. Street Art I been doing for a near 9 years now, but with everything also the programming where I became registered AutoCAD specialist, the design and architecture I always put a bit innovative thinking into it.

Enough about me, here is the video of street art airbrush we promised.

The Garden Airbrush has been used for some 3 years for whole figures and finer details in my Street Art. But I think it have an opportunity within Street Art by adding the Airbrush techniques, that is difficult with a spray can. Beside it is a cheap alternative to get an quality airbrush. 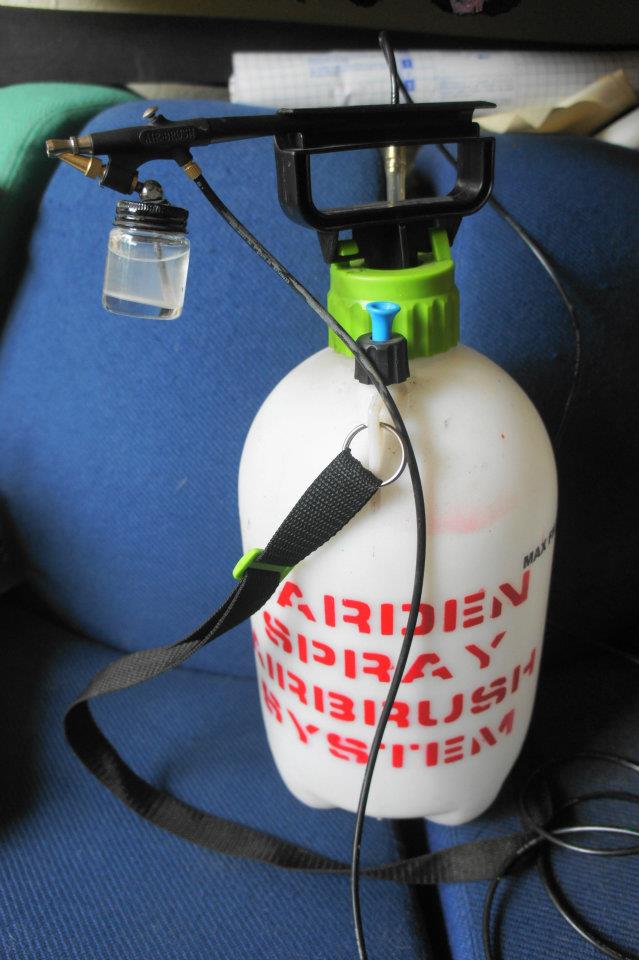 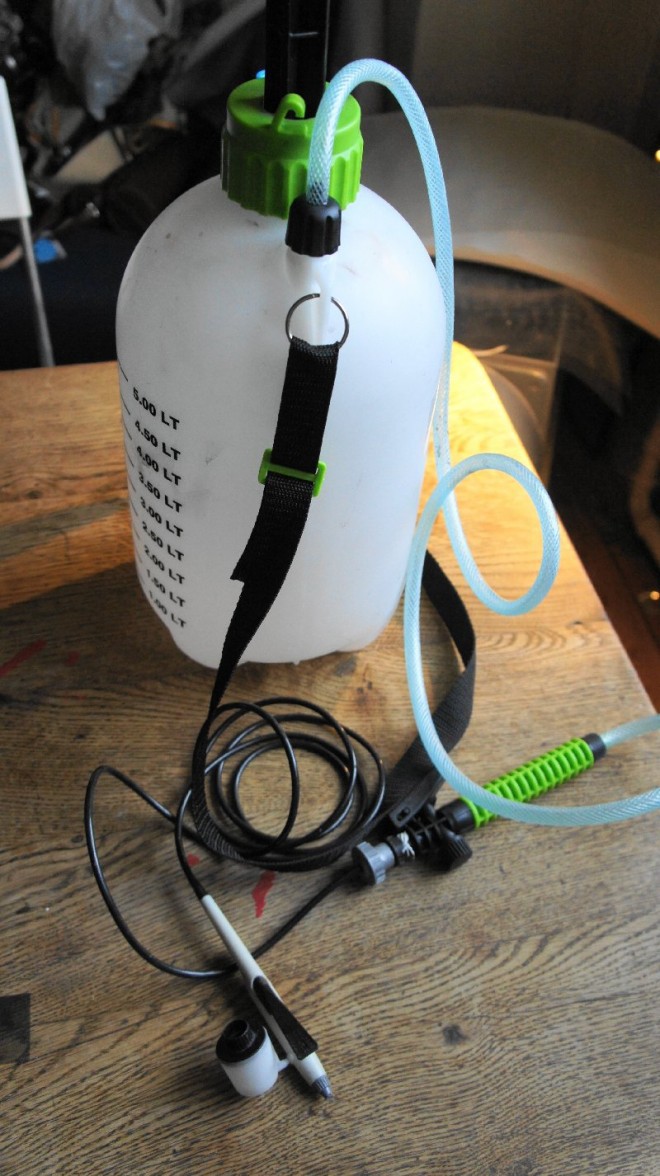 I think this construction doesn’t need any special instruction how to build it. It mainly depends on garden-sprayer you will find. I remember one time I have seen a bit more difficult system on the Internet but as the compressor the guy used a foot pump and as the tank he used a 2L plastic coke bottle. I wanted to include a picture but could not find it. So I leave it for future.

If you like Per’s idea and his art please share it with your friends. Here are some links where you can find Per.


Per Corell on Facebook, a danish painters site where Per put paintings for sale, Per Corell Youtube channel.