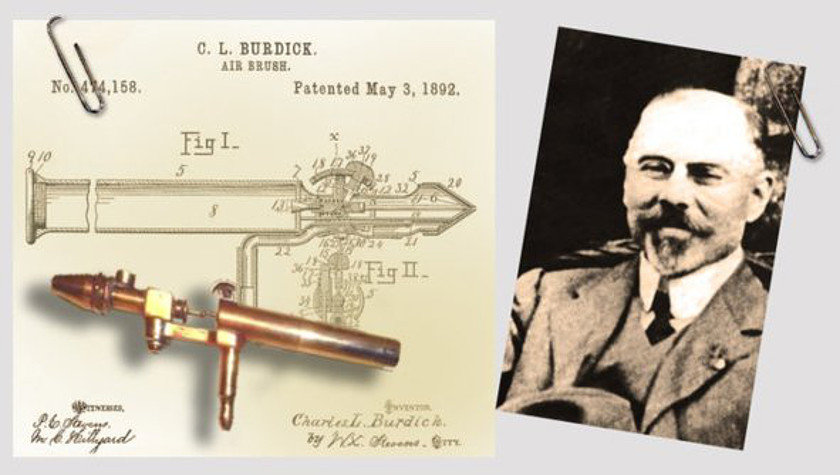 Another important name in history of Airbrush apart from Liberty Walkup, Thayer and Chandler or Paasche is Charles Burdick.

Charles Burdick came from a family of inventors and pioneers. He worked on various patents and designs throughout his life and is widely attributed with the design of the Airbrush. Following the World Fair he moved to Great Britain where he set up a new airbrush manufacturing company, the Fountain Brush Co., in Clerkenwell Green, London. 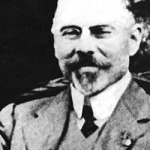 The US market was left to Thayer and Chandler while he pursued Europe and the British Empire. He took advantage of the lack of development in airbrush design and even developed an air driven eraser that could be used alongside the airbrush.
It is clear that he studied the use of atomizers and was reputed to be friends with Doctor Allan Devilbiss who patented medical throat sprays. He was most likely aware of previous patents that included centralized needle control systems which he employed in his own design of airbrush. Below is an extremely rare prototype which could be considered to be an early spray can design as it mixes the paint and air internally. 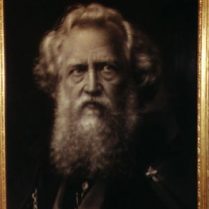 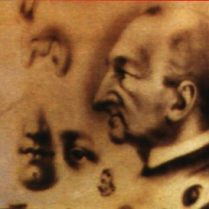 1. Picture in the middle is one of Burdick’s portraits of the poet Henry Wadsworth Longfellow made using his airbrush and air eraser. It is believed to be an entry to a Royal Academy of Art’s annual exhibition. It was reputably rejected as they believed it to be a photograph. (Francis Edgar Stanley has portrait of Longelow painted by atomizer which you can find here in B&W).

2. On the right are sketches signed by Burdick and show his considerable artistic ability as well as his skill in the use of his airbrush. He was to later mourn the fact that many airbrushers who only retouched photos have little artistic leanings and had mechanised the process. 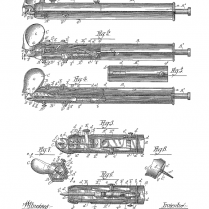 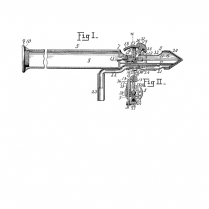 Charles Burdick’s design had developed significantly from the original Walkup Airbrush which he had initially copied. On the picture is the design presented at the 1893 show. And in the right is the updated patent for the 1896 Production model which can be seen partially dismantled below. Note that Burdick is not named as the inventor as by this time he had left for Great Britain. The instrument would cost $30 for the handpiece or $43 to include the tank and pump.

There was a flurry of activity around the years immediately prior to and following the turn of the century. Many new names attempted to add their improvements to the airbrush in a bid to take advantage of the wonderful new art tool. Most were never to be heard of again but for those directly involved in the established companies the future held many opportunities. Burdick had moved to London to continue his work and left those in the US to fight over the growing demand for portraiture, showcards and most importantly photo-retouching. The airbrushing community grew rapidly and numerous improvements were patented by individuals trying to keep ahead of the competition. Duplication of ideas was commonplace.