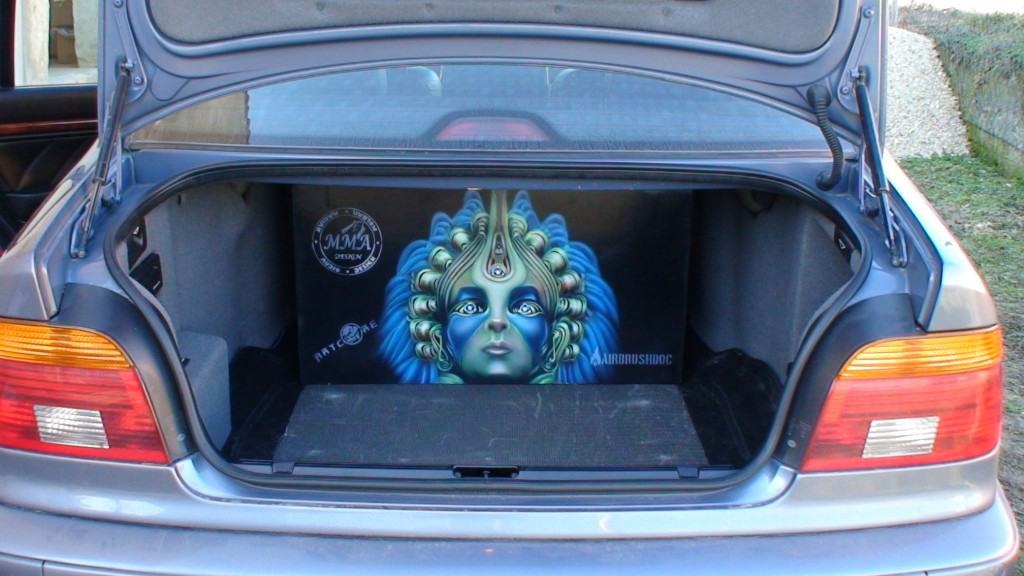 One day my brother got an idea that the sound in his car is missing something. That “something” was in low frequency range, so not thinking for too long he decided that he needs sub-woofer speaker box. As one of our friends has a hobby very closely related to building car audio he asked him to make something that will fit nicely into the trunk so he can have a nice sound.

The box has been made closed. Why? Well the BMW E39 on its own has a good audio system and we wanted to keep it that way. The box was big enough to create those low frequencies. If we were to place bas-reflex into it the whole trunk would work like a loudspeaker which would make a parasite effect called rumble ;) – well, enough of acoustic theory.

Brother as a true airbrush artist decided to do also some painting. The car is actually in the process of designing for further airbrushing and maybe when he gets some time and money he’s going to paint that too but right now all he wanted to do – at least – was to start and paint the speaker box. 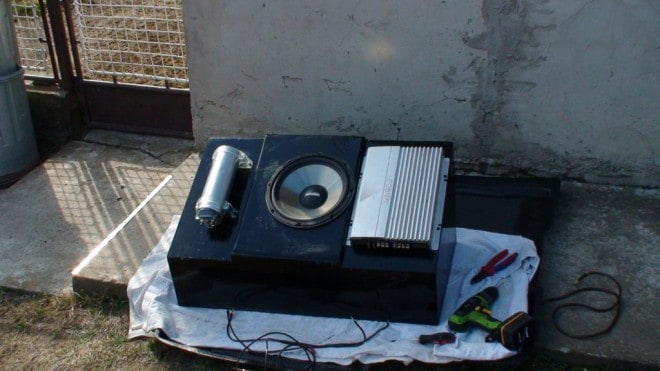 You may have seen some snapshots on our Facebook fan page already but we’ve promised to make a video so here it is.

I would like to give credit to author of the music track used in this video – Dub FX (Hip Hop – Part 3 (Featuring Plan C)).

The box has been made by our friend from MMA Design (thanks Marian) from 20 mm thick chipboard. The inner volume of this box is 40 liters.

Universal synthetic primer HB body (grey) thinned with acetone. The base coat was acrylic black Mobihel. Artistic work has been done with all that was left at home (Createx, Auto-Air and some Revell). As they have the same base they didn’t react in any way.

My bro is not entirely happy with the result (not in quality of the finish but in artistic value). He thinks there it still something missing – this time in that art – so he didn’t put any clear coat on it. If you have any idea what it might be we’d be grateful for your comments – otherwise spread the love and share or like.