You might say “Another DIY Compressor?” – but it’s not just the same thing. Usually if you make one yourself it will take some space at your work place and using this space in your home premises is just out of question. This is actually the reason this fella has been build.

Author of this build has started with the schema. We will not go into deep details – what and how exactly and why it was done because I have written about this before. If you need some more details I recommend you to read diy air compressor or silent diy compressor.

By the first sketches I have planned to fit everything on the base not bigger then A4 page size. Small isn’t it? As tank I have planned to use two small oxygen cylinders of same size. Unfortunately it wasn’t easy to find two same sized cylinders but I’ve found a small receiver from refrigerator, maybe a little bit too small but still good enough for the purpose.

As the name says it had to have an active cooling (bigger fan) so smaller size of the tank even helped. Why active cooling? As the receiver is smaller the compressor will switch on more often and also “just to be sure” it’s not overheating.

With the fan I had no luck in any DIY shop but thanks to a local PC shop I got exactly what I wanted (even better than I’ve planned).

Now I need just an air compressor. First I went through all local stores that sell this kind of items. I was shocked by the prices. So the only place I could go was a repair shop of my friend where he had two spare compressors lying on the floor (literally). They didn’t have any value for my friend as they didn’t jump on from pressure difference more than 45 psi. These days they just throw these compressors away but before they were fixing them.

So this is how I got the main parts. What more did I need? After looking through some materials and info on Internet I decided to use regulator and needle valve. As connection between each component I’ve decided to use copper pipes. 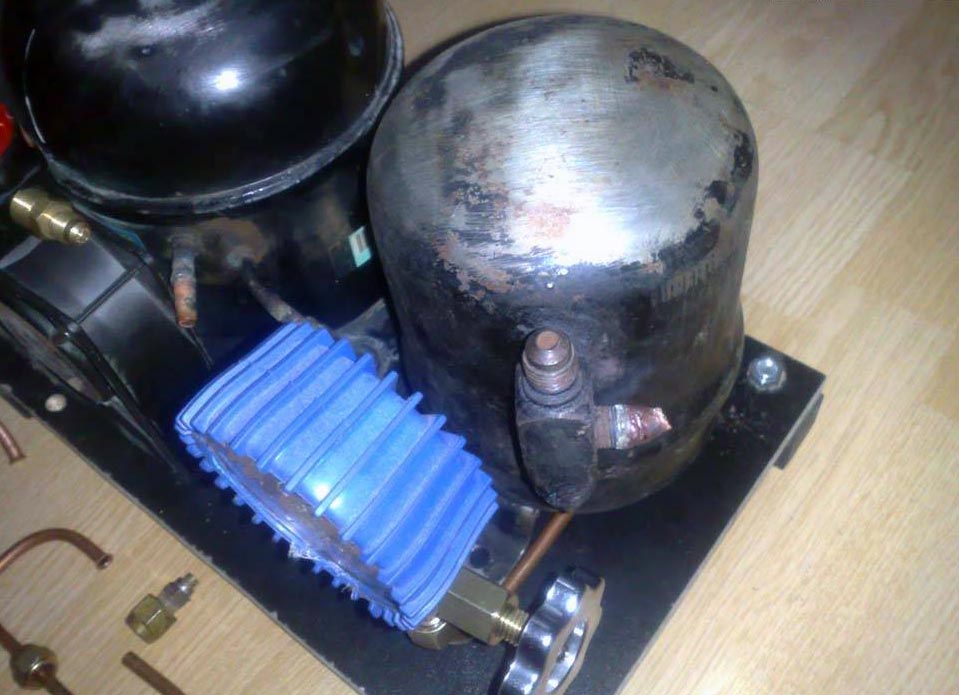 To  connect tank and compressor I’ve used welding machine. After all these parts were connected I had to deal with electronics. This was my week point. The compressor didn’t want to jump on properly. Relay was making terrible sound as it was switching a few times in 1 second. Then it started and went off again just because the moving contact of the relay attached to the static one. The current was raising and relay switched off the whole device.

As I found out later on, this kind of the compressor needs longer period to start and a classic relay can’t be used in this case. The only solution here was to use original relay for this type of compressor. But I didn’t have it and couldn’t get it anywhere.

I had to find out how to close the circuit for at least 0.4 sec and then ensure it goes off. Then I’ve found something in my own collection that I bought a few years back to provide soft start of electric motor and could switch the working regime to star-triangle (Electricians know what that means). It is called “Time Relay”

That way the compressor gets whole second to start which was enough. Now all I needed was a pressure regulator. I found a relay from hydraulic pump. It needed some tweaks as it was switching off at about 75psi. I just changed the spring and the bolt inside of it.

That’s was it. And here is the finished device. 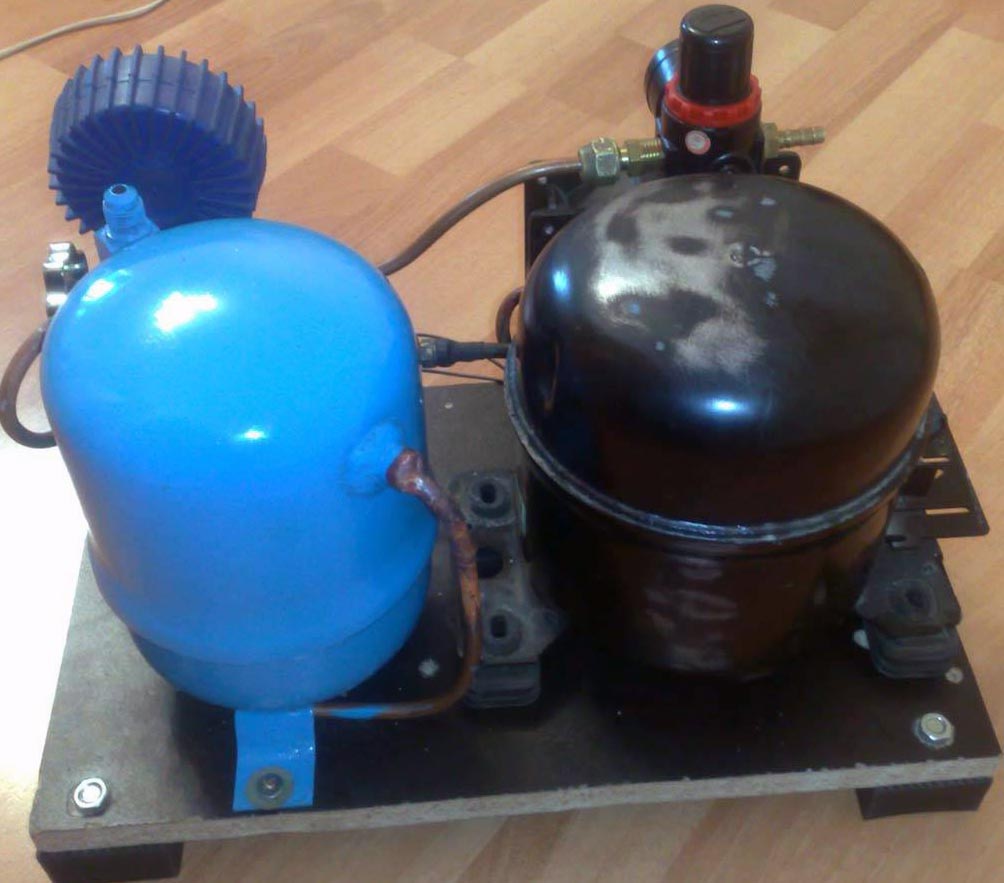 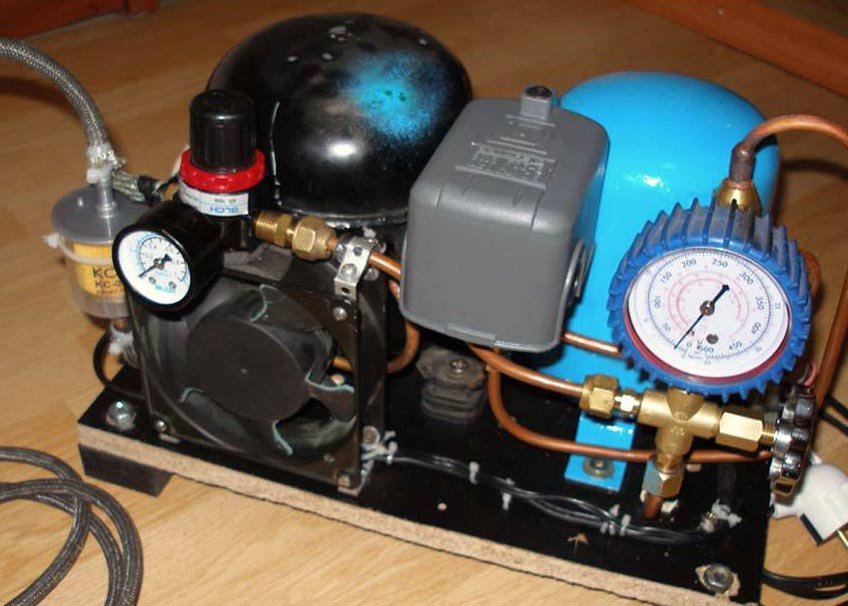