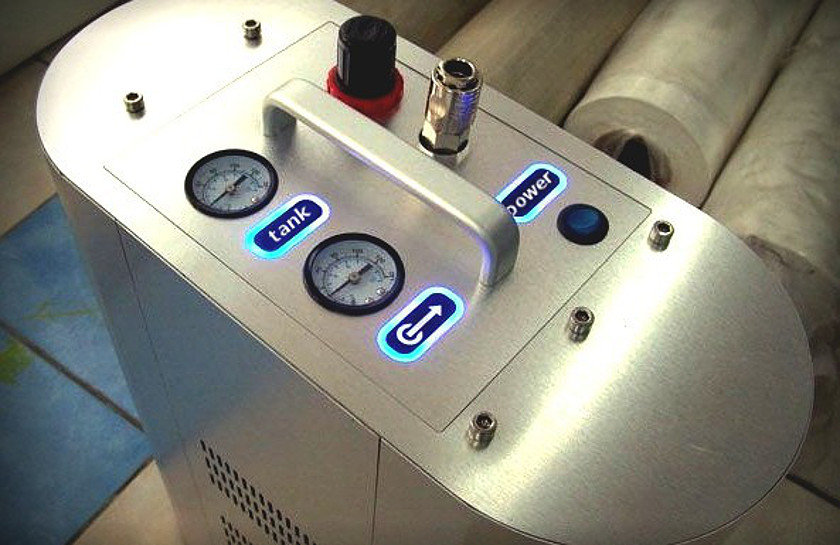 Today I’d like to share a story I’ve found on my greatest resource for building compressors scalemodels.ru. First of all it caught my eye. On visual side it looks like factory made model, but nope, it was home-made and as author states he “planned it to be a compact, low-budget project”. But when he started he couldn’t stop. And the result? – not very compact and not that low-budget at all, but how beautiful it is…

There’s actually two compressors hidden under caddy which author got for free from work (they’ve had two broken water coolers with working compressors).

Besides that he also needed:

It’s a pity I cannot show all the parts separately as author didn’t want to share it with everybody when he was building it. So all he can share now is completed machine with / without cover, problems that he had during this project and some details about his expenses.

Everything is fixed on carcass welded from section bar 15x15mm. Of course carcass is painted to prevent corrosion. The cover is made of aluminum plate.

The oil has been changed and relays as well. He changed relays not because they were bad but because they didn’t provide needed regime of work. See, original relay has thermistor which didn’t allow relay to start compressor again till it gets cool enough. And to wait every time about five minutes till thermistor cools down isn’t a good solution. He says that he could use a manual switch but that isn’t an option at all. There is no point to use pressure switch then.

Well, looking for solution on forums he found an article where someone recommended to use a start capacitor instead of relay. This capacitors are easy to get so “no problemo”. But new problem has appeared – compressors are from different manufacturer and one of them was overheating way too much while the other one didn’t show any sign of heat even during long period of work. So looking again for solution, once he tried start relay from refrigerator and “lights up”, it worked. So now one compressor uses capacitor and second a relay and both of them work flawless (no overheating at all).

If you have to choose between relay or capacitor, choose relay. But if you want to try capacitor, he used a 9 uF one (start capacitors are big, usually they are made for voltage 150V and over). 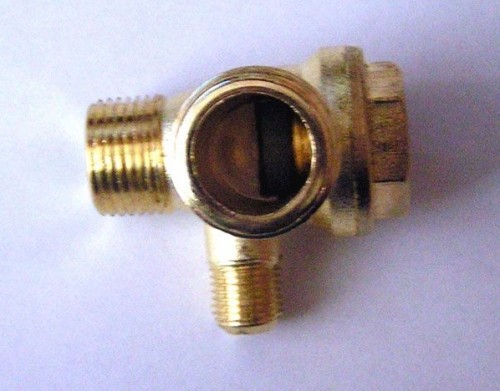 The one-way valve in this build is special as it has two inputs. Especially in this build it came in use, but I don’t know what is common use for this kind of valve. 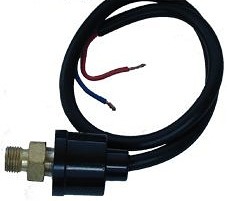 The pressure switch breaks the circuit at 3bar (43.5psi) and switches it back on at 4bar (58psi). In this particular switch he has no possibility to regulate its limits as this switch is very compact. For its use the author is satisfied but there no problem to change this part for something better with more options.

As tank he used old fire extinguisher. Some parts have been bought, some of them got author for free.

Author was unable to find some of connectors in shops, so he had to get it from a friend for a bottle of brandy. All expenses together were around 85 euro (120 USD). For this money he could buy some compact compressor from china but it won’t be that quiet, and as he said to build it by yourself is giving you some kind of satisfaction.

These compressors are very quiet and silence is really important factor in here. And for those who are wondering “why to use two compressors?” there’s a simple answer: the use of two compressors simply speeds up the process of filling the tank with compressed air which provides on return more stable air pressure during constant and long period of time (compared to one compressor systems). Simply said you can work longer without breaks and concentrating on what’s the most important – airbrushing. Here are some pictures of the final product. 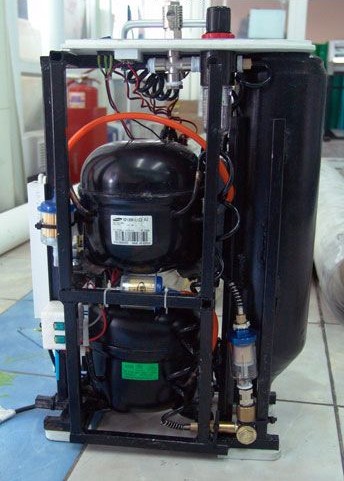 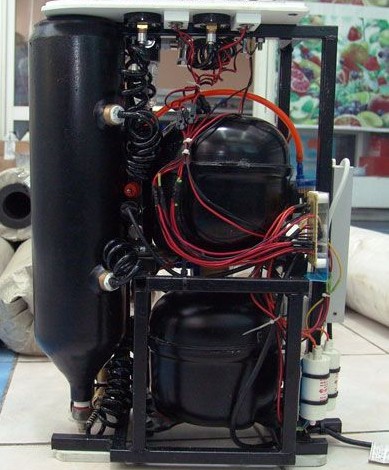 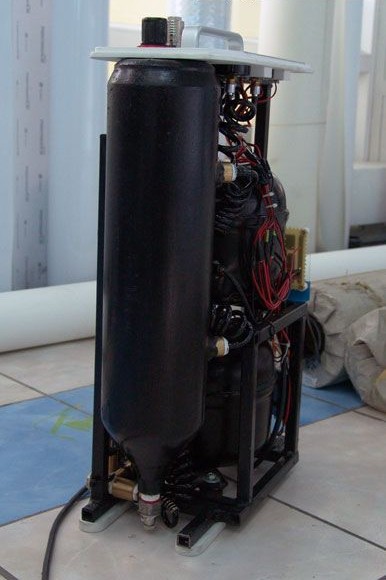 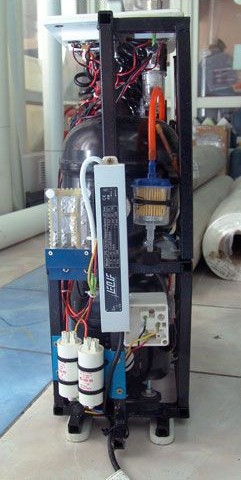 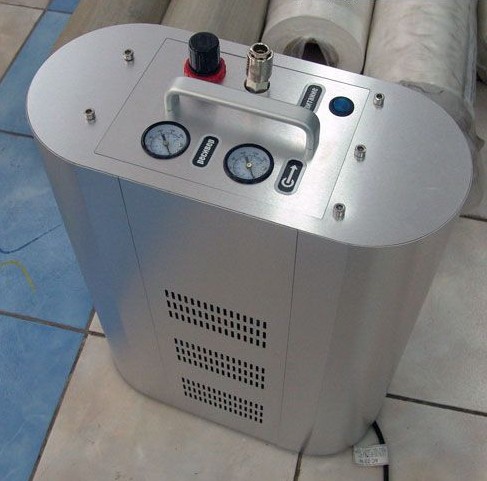 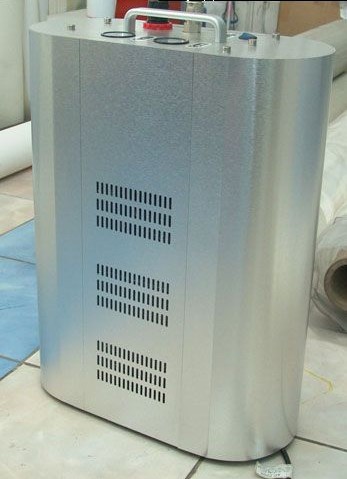